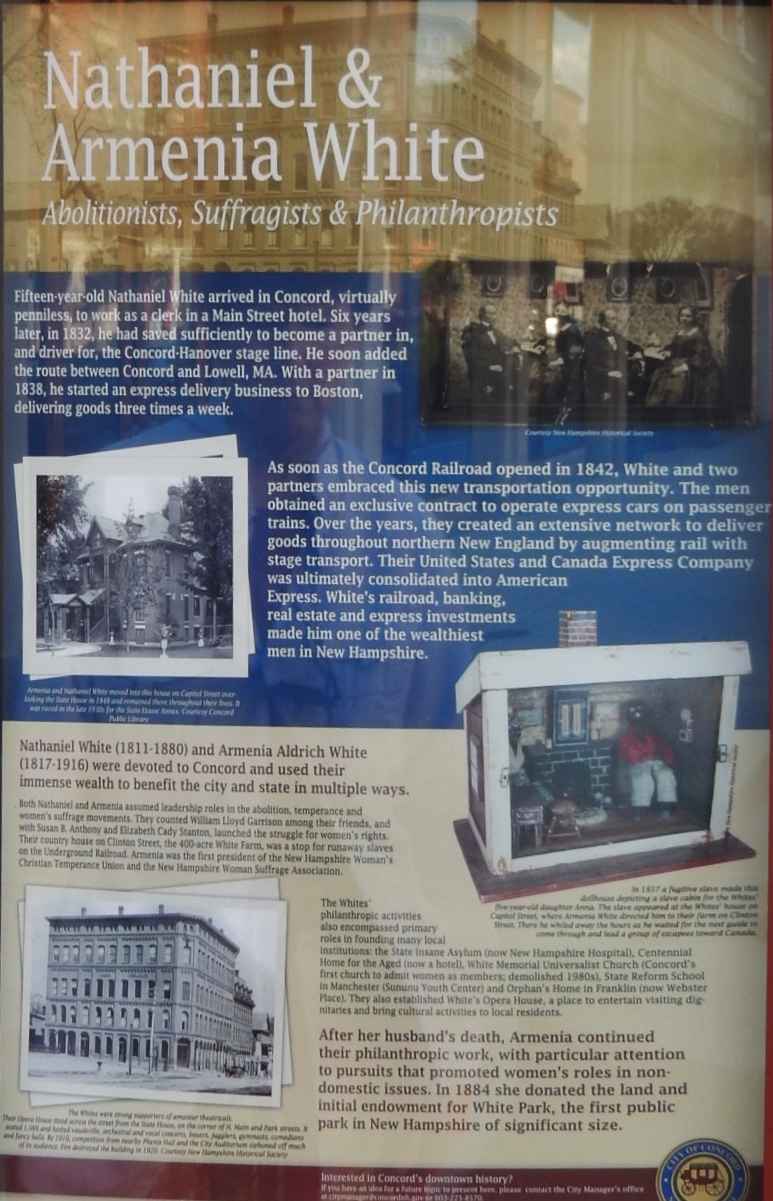 Abolitionists, Suffragists & Philanthropists
Fifteen-year-old Nathaniel White arrived in Concord, virtually penniless, to work as a clerk in a Main Street hotel. Six years later, in 1832, he had saved sufficiently to become a partner in, and driver for, the Concord-Hanover stage line. He soon added the route between Concord and Lowell, MA. With a partner in 1838, he started an express delivery business to Boston, delivering goods three times a week.

As soon as the Concord Railroad opened in 1842, White and two partners embraced this new transportation opportunity. The men obtained an exclusive contract to operate express cars on passenger trains. Over the years, they created an extensive network to deliver goods throughout northern New England by augmenting rail stage transport. Their United States and Canada Express Company was ultimately consolidated into American Express. White's railroad, banking, real estate and express investments made him one of the wealthiest men in New Hampshire.

Nathaniel White (1811-1880) and Armenia Aldrich White (1817-1916) were devoted to Concord and used their immense wealth to benefit the city and state in multiple ways.  Both Nathaniel and Armenia assumed leadership roles in the abolition, temperance and women's suffrage movements. They counted William Lloyd Garrison among their friends, and with Susan B. Anthony and Elizabeth Cady Stanton, launched the struggle for women's rights. Their country house on Clinton Street, the 400-acre White Farm, was a stop for runaway slaves on the Underground Railroad. Armenia was the first president of the New Hampshire Woman's Christian Temperance Union and the New Hampshire Woman Suffrage Association.

After her husband's death, Armenia continued their philanthropic work, with particular attention to pursuits that promoted women's roles in non-domestic issues. In 1884 she donated the land and initial endowment for White Park, the first public park in New Hampshire of significant size.

Below is a list military units from NH with the number of people here linked to the unit.
See also: Civil War regiments. 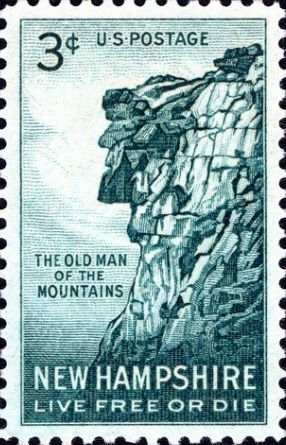 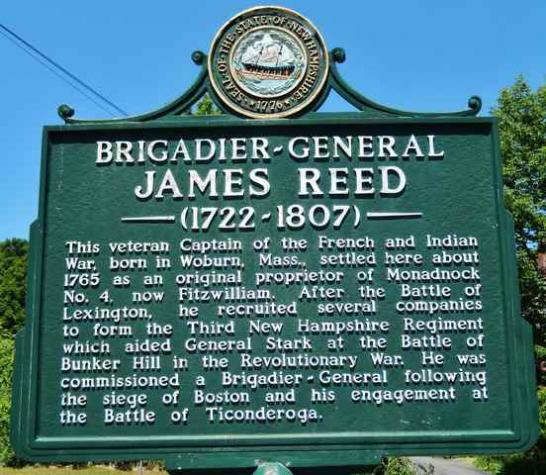 Portraits in History of Hillsborough NH 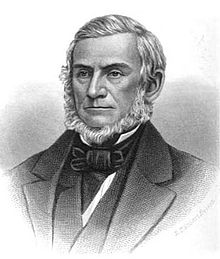 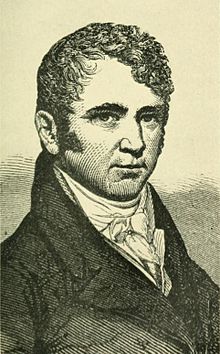 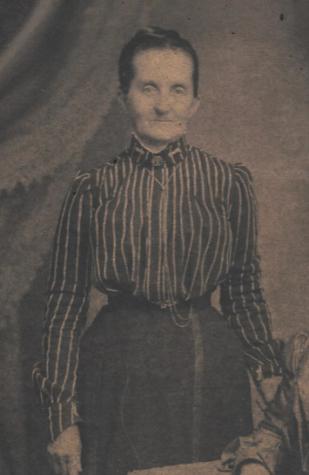 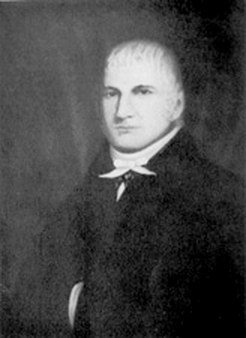