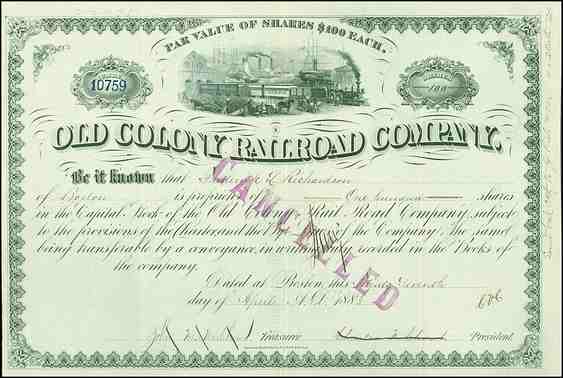 The Old Colony Railroad was a major railroad system, mainly covering southeastern Massachusetts and parts of Rhode Island, which operated 1845-1893

For many years the Old Colony Railroad Company also operated steamboat and ferry lines, including those of the Fall River Line with express train service from Boston to its wharf in Fall River where passengers boarded luxury liners to New York City. -- Wikipedia